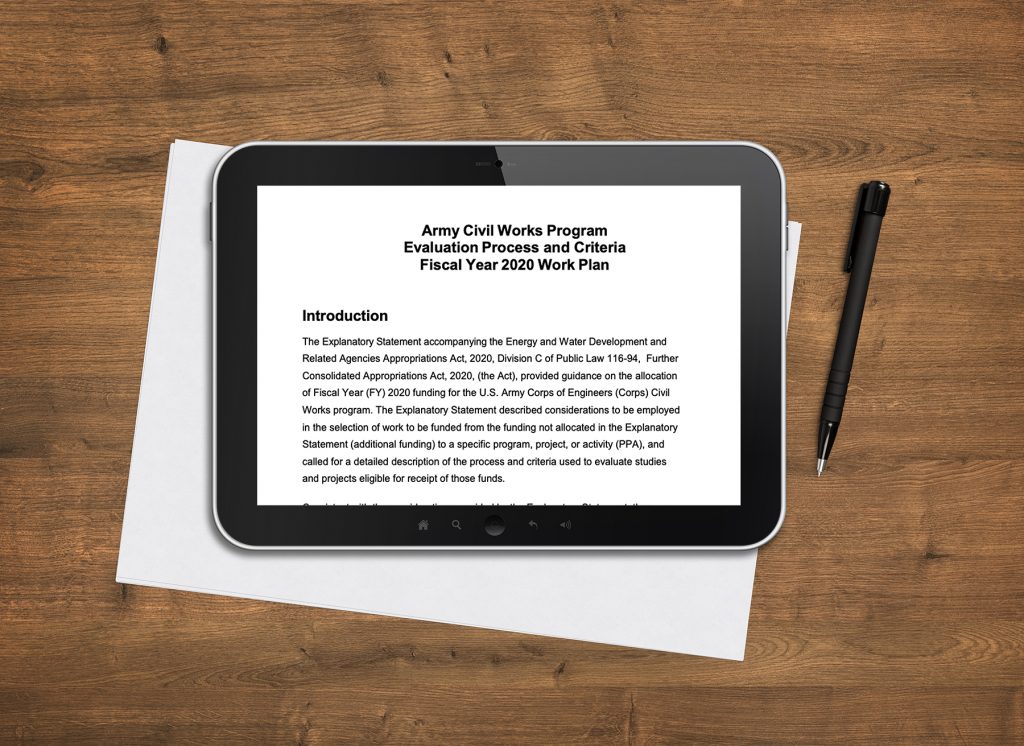 The following is a press release from Sen. John Hoeven

WASHINGTON – Senator John Hoeven today announced that the U.S. Army Corps of Engineers’ Fiscal Year (FY) 2020 work plan includes $100 million for construction of flood protection in the Fargo-Moorhead region, fully funding the project’s construction capacity for the year. As a member of the Senate Appropriations Committee on Energy and Water Development, Hoeven provided increased funding for the Corps’ construction account enabling the project to be funded in the Corps’ work plan.

Today’s funding comes as a direct result of the senator’s work to secure increased construction funding for the Corps in the FY2020 Energy and Water Development Appropriations bill. Hoeven secured:

In November, Hoeven hosted Assistant Secretary of the Army (ASA) for Civil Works R.D. James, who oversees the U.S. Army Corps of Engineers, in North Dakota to give him firsthand knowledge of the project and to help secure funding for the project in the Army Corps’ work plan. This $100 million in federal funding will help to fulfill the federal government’s increased funding commitment, which Hoeven helped secure under the new Project Partnership Agreement (PPA).

“Sen. Hoeven and all of our federal delegation has worked hard for our community and today that has paid off with this $100 Million appropriation for the Diversion Project,” Diversion Authority Board Chair and Mayor of Fargo Tim Mahoney said. “We are grateful to have the great representation of Sen. Hoeven, Sen. Cramer and Rep. Armstrong in Washington D.C., and look forward to continuing construction on the FM Area Diversion Project.”

“Construction is ongoing and this appropriation ensures that our construction schedule stays on track,” Executive Director of the Diversion Authority Joel Paulsen said.

“This Project is successful because of the dedication and partnerships that have been built between our federal delegation, the Army Corps, the States of Minnesota and North Dakota, and with our local team at the Diversion Authority,” Diversion Authority Board Vice Chair and Mayor of Moorhead Johnathan Judd said. “The federal government is stepping up to the plate as a partner and I am glad to see their commitment remains unwavering.”

The following is a release from the U.S. Army Corps of Engineers St. Paul District

These funds will allow the St. Paul District to complete a gated structure on the Wild Rice River, award an initial contract for the southern embankment in North Dakota, complete the Diversion Inlet Structure and continue design, environmental investigation and monitoring programs related to this project.