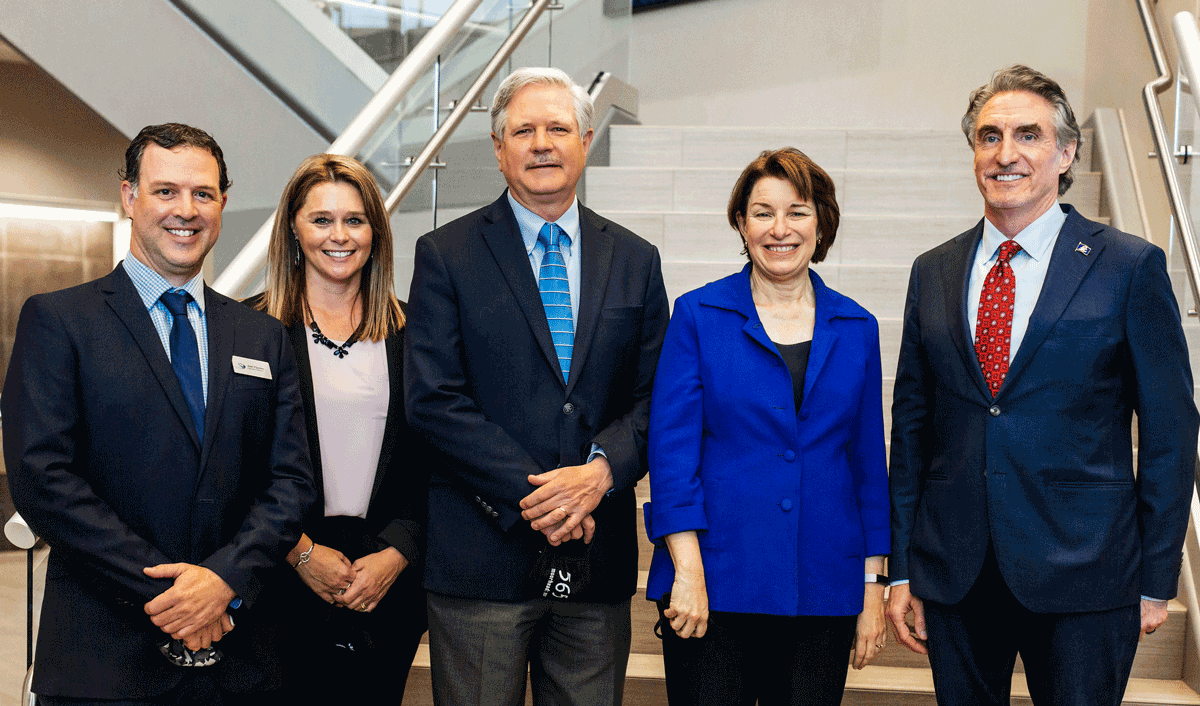 Today Senators John Hoeven and Kevin Cramer announced that the Fiscal Year 2021 Work Plan for the U.S. Army Corps of Engineers (Corps) includes a record-breaking $115 million in federal funding for the FM Area Diversion Project. The $115 million is the largest annual appropriation ever received by the St. Paul District of the Corps. The flood diversion project is being delivered through a split delivery with the Corps and the Metro Flood Diversion Authority, (MFDA). The Corps is responsible for constructing the southern embankment and associated infrastructure and the MFDA will construct the diversion channel and associated infrastructure.

“This critical flood management project is successful because of the dedication and partnerships between our federal delegation, the Army Corps, the states of Minnesota and North Dakota, and with our local team at the Diversion Authority,” said MFDA Board Chair and Mayor of Moorhead, Johnathan Judd. “The federal government construction progress over the last year has been remarkable. I am glad to see that their commitment to providing flood protection for our community remains steadfast.”

Mayor of Fargo and MFDA board member, Tim Mahoney said, “Sen. Hoeven and Sen. Cramer, and all of our federal delegation, continue to deliver for our community. The project is shovel ready and we can put these funds immediately to work.”

Joel Paulsen, Executive Director of the Diversion Authority added that federal support is a critical component of the project. “We have an aggressive schedule to deliver flood relief as quickly as possible. This is one of several important milestones for the project this year and we’re grateful for the public participation and support.”

To date, $313 million has been appropriated to the Corps for construction.

The MFDA is the governing authority managing the Fargo Moorhead flood diversion project. The project is designed to protect the Fargo-Moorhead metropolitan area during times of extreme flooding. It was developed by the U.S. Army Corps of Engineers and the MFDA. The project began construction in 2017 and is planned for completion in 2028. For more information about the MFDA, visit FMDiversion.gov.

The following is a release from Sen. John Hoeven

As a member of the Senate Appropriations Committee on Energy and Water Development, Hoeven provided increased funding for the Corps’ construction account, enabling the Red River and Pipestem projects to be funded in the Corps’ work plan. Specifically, the senator secured $328 million above the president’s budget request for Corps construction efforts in FY2021 to help ensure the projects received support. Hoeven also advanced these priorities with Army Corps Chief Lt. Gen. Scott Spellmon during his confirmation process last year.

“This $115 million, when added to funding we’ve secured in recent years, demonstrates the Corps’ continued commitment to fund and complete the Red River control structure, the largest federal component of the project and a significant step towards delivering permanent flood protection for the region,” said Senator Hoeven. “We worked with the administration, including Corps Chief Spellmon, to ensure both the Red River and Pipestem projects were included in this year’s work plan. At the same time, we worked through the Appropriations Committee to ensure sufficient funding for the Corps’ construction account, and we will continue our efforts to ensure the Corps can to construct the rest of the project on schedule.”

“Senator Hoeven, and all of our federal delegation, continue to deliver for our community,” said Metro Flood Diversion Authority Board Member and Mayor of Fargo Tim Mahoney. “The Project is shovel ready and we can put these funds immediately to work.”

In addition, the Corps’ work plan provides nearly $6 million for small water infrastructure projects, including $2.9 million to the City of Strasburg for sanitary sewer improvements and $3 million to the City of Napoleon for sanitary sewer repair, new sewers and a perforated underdrain pipe. Hoeven has prioritized the Corps’ environmental infrastructure in annual appropriations bills to help smaller communities in North Dakota make needed improvements to their water and sewer systems.

Today’s funding builds on Hoeven’s previous efforts to advance comprehensive flood protection for the Red River Valley. These include:

The following is a release from Sen. Kevin Cramer

“I am pleased to see the Army Corps is making significant investments for important projects in North Dakota, including the Fargo-Moorhead Diversion,” said Senator Cramer. “I look forward to ensuring these funds are utilized successfully and these projects continue to receive the support they need.”

These funds, announced by the USACE in the release of its FY21 Workplan, are made available through the year-end spending package passed by Congress in December. Senator Cramer – who holds jurisdiction over the USACE as the EPW Subcommittee Chairman on Water and a member of the Senate Armed Services Committee – secured the inclusion of several North Dakota water infrastructure projects in this spending package through his leadership on the Water Resources Development Act (WRDA). Learn more here.