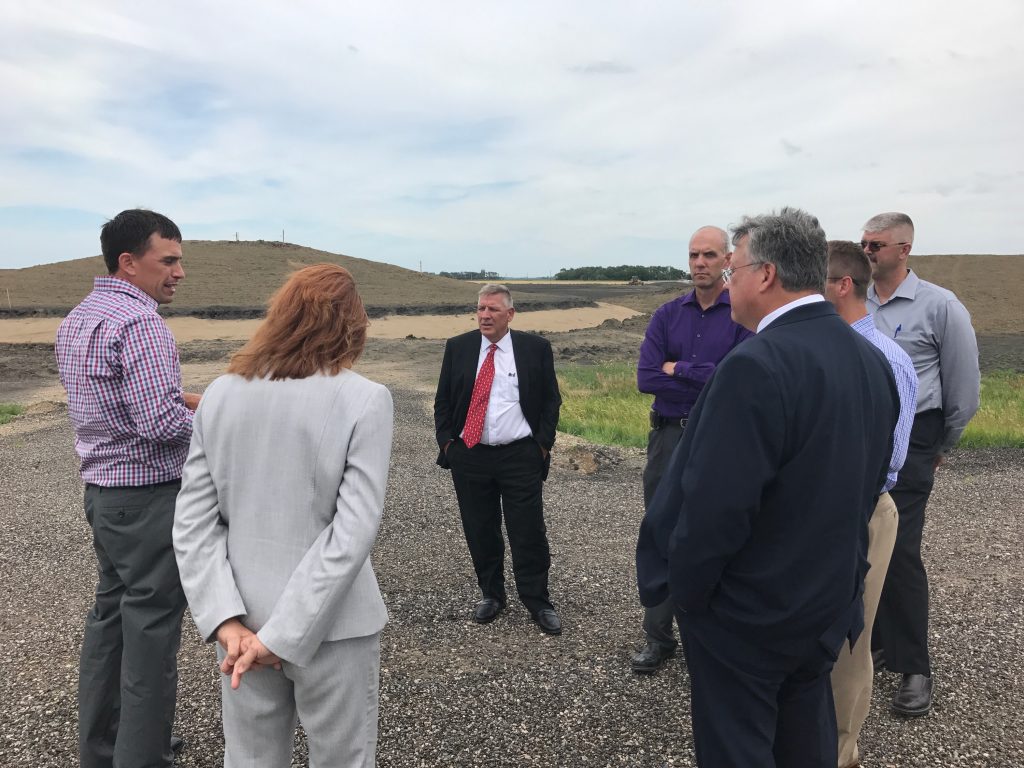 The Metro Flood Board of Authority interviewed three candidates vying to become the Executive Director of the Diversion Authority.

The candidates include Scott Higbee, Jay Neider, and Melodee Loyer. All three candidates met with the Board in person and toured flood mitigation projects ongoing in the area.

“With construction underway on the project, it is time for the Authority to hire permanent staff who will be solely dedicated to work with the Army Corps to implement permanent flood protection for the region,” said Diversion Board Chair and Mayor of Fargo Tim Mahoney. “The depth of experience from the three individuals we spoke with today shows that there is great interest nationwide in being involved in our Project and flood protection to this region.”

“It is the right time to hire a Director,” Moorhead Mayor and Vice Chair of the Board Del Rae Williams said. “I think we found several strong candidates for the job who can work with our city and county staff who have put in thousands of hours during the development of the project. This position will greatly benefit the Project because it will be someone who is accountable to all the entities involved. An Executive Director will help us all work together more effectively.”

The Board of Authority intends to make a decision on hiring within the coming weeks.