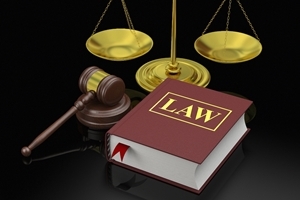 In the ruling, the Court said that the Corps followed federal environmental review laws and policies when choosing a permanent flood protection plan for the Fargo-Moorhead area. The Court had previously dismissed three other counts against the Corps in an earlier ruling. Although all claims against the Corps have now been dismissed, the case is not completely resolved, as two claims remain regarding the application of Minnesota law to the Diversion Authority.  These are expected to be resolved when the Minnesota Department of Natural Resources (MNDNR) issues its Final Environmental Impact Statement (EIS) next month.  Until then, the Court’s previously issued injunction temporarily halting construction of the Oxbow-Hickson-Bakke ring levee will continue.

“The Judge’s ruling is another validation that the decision making process used to develop the Diversion Project was proper,” Diversion Authority Chairman Darrell Vanyo said. “We now have further certainty that we have the right Project and that the time is right to begin construction, starting with the Corps-led efforts this fall.”

The lawsuit brought forward by Richland County, ND and Wilkin County, MN claimed that a similar Diversion alternative that was designed to be routed through rural Minnesota, as opposed to the current plan in North Dakota, was the preferable option and that it should have been chosen. The Court addressed this claim, stating, “The Court’s task today is not to decide whether the Minnesota alternative is good, or the selected North Dakota route is bad. The Court’s role is only to evaluate whether the government’s decision-making process in declining to choose the Minnesota route was ‘arbitrary and capricious.’ It was not.”

“This is a very significant milestone towards permanent flood protection for our city and region,” Fargo Mayor Tim Mahoney said. “With this news, we are as confident as can be about the Diversion Project. Although the concept of a Minnesota Diversion was one of the early options offered in preliminary reports, it was clear after hearing from Minnesota leaders and through additional study that it was not a feasible option. We look forward to the coming months of our continued partnership with Minnesota on working through the State processes to resolve any remaining environmental analysis needed.”

The Diversion Authority has been working closely with the MNDNR on the EIS on the Diversion Project. The Final EIS document is expected to be completed in May.

Read  a full copy of the court’s decision here.