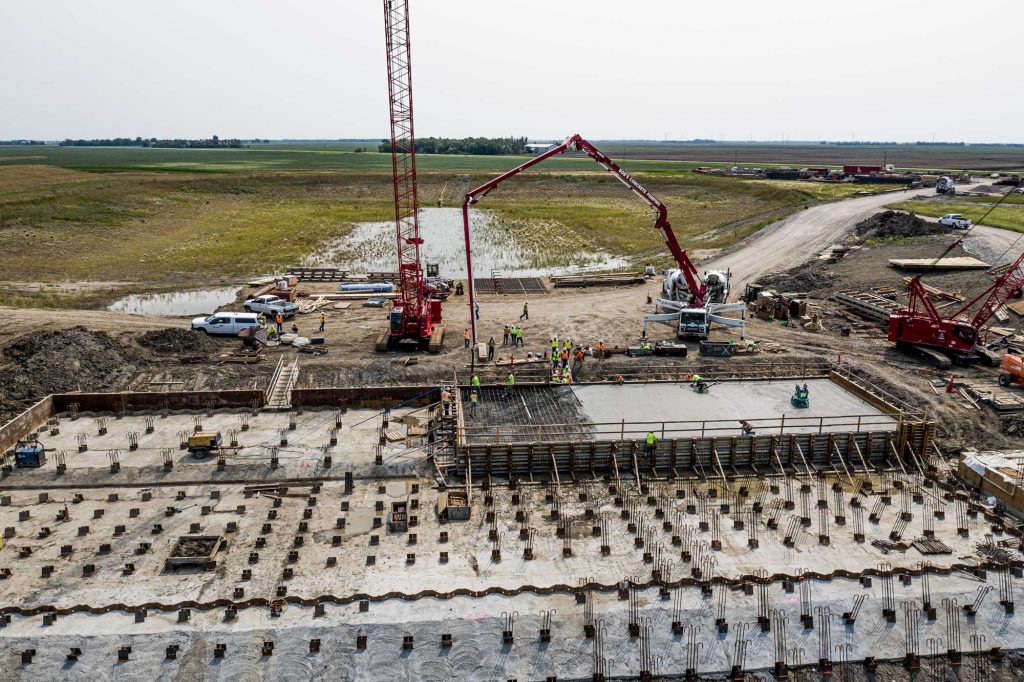 The following is a press release from the office of Sen. John Hoeven

“The $100 million we secured through the Army Corps’ work plan is supporting the construction of key components for the Red River Valley’s permanent flood protection project,” Hoeven said. “Today was an opportunity to see these developments firsthand as we continue advancing future funding for this project. To this end, we are prioritizing the Army Corps’ construction account to help fund the project’s construction capacity next year. We are also working with the administration to expedite the WIFIA loan application and ensure the project can access this important funding source in a timely way.”

The funding Hoeven worked to include in the FY2020 Army Corps work plan supports:

Moving forward, Hoeven is working to secure additional funding for the Corps’ construction account above the president’s FY2021 budget request. Doing so will help ensure the Army Corps can continue to meet the project’s annual building capacity.

At an event with Environmental Protection Agency (EPA) Administrator Andrew Wheeler last year, Hoeven announced that the agency had invited the Diversion Authority to apply for a $561 million WIFIA loan. The senator has since been working with the Administration and the EPA to move the process forward and ensure access to the loan program, which:

Further, Hoeven recently secured administration support for expediting Fargo-Moorhead’s WIFIA loan application. Legislation approved last year requires the Administration to develop an approach across agencies for WIFIA loans, which could have held up the project’s application. Accordingly, Hoeven worked to ensure that the EPA is able to receive and begin processing the loan application for the project, which will provide permanent flood protection in the region.