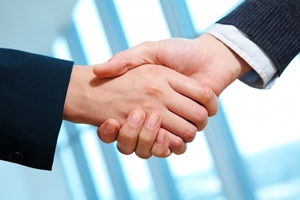 Diversion Authority members are considering an amendment to the existing Limited Joint Powers Agreement which will serve as a permanent agreement between member entities, as construction of the FM Area Diversion Project draws nearer. The proposed agreement also doubles Minnesota’s representation on the Diversion Authority.

Why is a Permanent Agreement Needed?

The new JPA would repeal and replace the former agreement in entirety, and needs to be fully approved prior to the signing of a Project Partnership Agreement (PPA) with the U.S. Army Corps of Engineers.

The Limited Joint Powers Agreement established by the Diversion Authority in 2011 was limited in the sense that it had an “end date”. As written in that agreement:

“It is the intent of the members that this agreement will terminate on or before the execution of the PPA.”…Article XIII of Limited Joint Powers Agreement

The PPA is scheduled to be signed in July in order to meet the Corps schedule for utilizing 2016 federal construction funds.

Under the JPA, the Diversion Authority would become a policymaking and financial clearing house for the Diversion Project. The JPA provides a roadmap for construction, which includes planning for Public-Private Partnership (P3) financing.

The new JPA would create greater participation on the Diversion Project by:

Under the JPA, the Diversion Authority is expressly assuming risk that Minnesota may not fully fund or provide appropriations for the Minnesota Member Entities’ share of Total Project Costs. In this situation, the City of Moorhead cannot obligate the State of Minnesota to provide funds.

The Corps of Engineers’ share is capped at $450 million.

What If a Member Entity Does Not Approve the JPA?

With signing of the PPA scheduled for July, Diversion Authority members are being asked to suggest any changes to the JPA, or provide other comments, by the end of March, with approval by all members being requested by late April.

Details on the information to be included in the JPA, which is currently being drafted, are available in the following documents, which have been posted on FMDiversion.com: