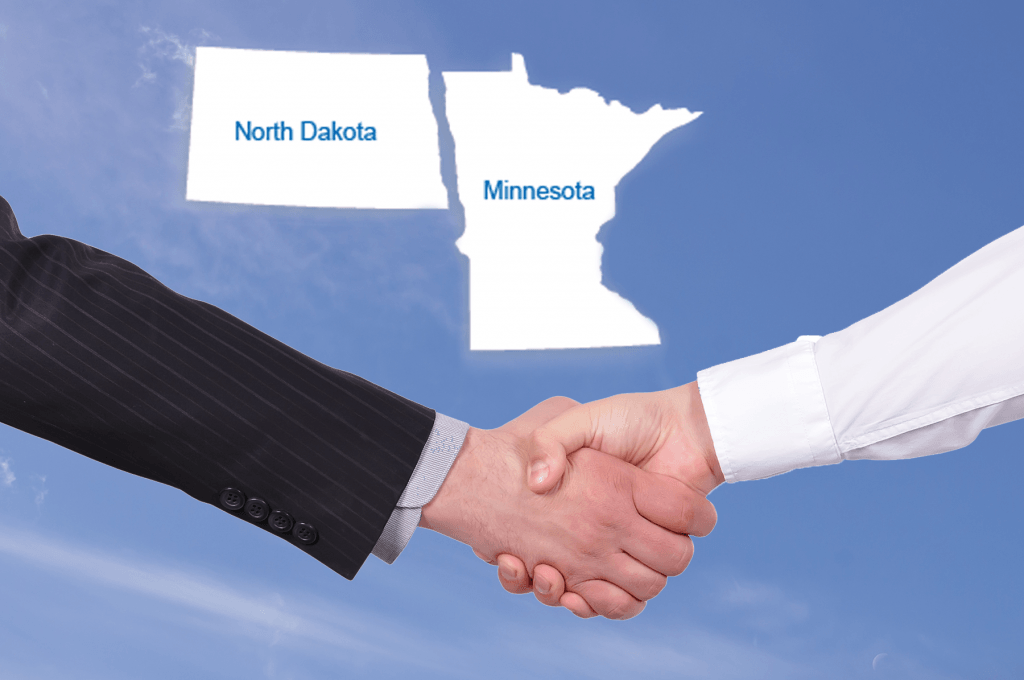 Five years ago, the flood of record was nearly catastrophic for the cities of Fargo and Moorhead. Minnesota and North Dakota officials have been cooperating since 2009 in an exhaustive effort to build permanent protection against severe flooding for the F-M area. Those efforts led to the formation and membership of the Diversion Authority board that exists today.

“Fargo and Moorhead, West Fargo, Dilworth…we’ve been in this together from the get go,” said Nancy Otto, Diversion Authority member and Moorhead, MN City Council member. “We almost lost portions of our cities back in 2009. Have we done a lot since then? Yes, we have. We’ve done a lot, but we have not done enough.”

The cooperation between North Dakota and Minnesota for flood protection was fortified in 2009 when the Metro Flood Management Committee was formed. All parties agreed that something needed to be done to protect the metro area from future catastrophic floods. The Metro Flood Management Committee consisted of elected officials from Fargo, Moorhead, Cass County, and Clay County, along with one appointed representative from the watershed district on each side of the river. There were 15 Minnesota members and 11 North Dakota members.

The majority of the members of the Metropolitan Flood Management Work Group were Minnesotans. In April, 2011, they voted unanimously to endorse a North Dakota diversion plan that included staging water upstream. Each of the six entities, three in each state, approved a resolution in support of the North Dakota diversion with the upstream staging area.

At the time, the North Dakota diversion decision and the 90/10 split between the two states was lauded as a great accomplishment by all Minnesota legislators. In reference to the $100 million, longtime Minnesota Democrat Sen. Keith Langseth went so far as to say that, “We would be so happy to fund a diversion channel on the North Dakota side that we would very willingly come up with the money.” (Associated Press – Feb. 1, 2010)

The alignment change from Minnesota to North Dakota was also a catalyst in changing the makeup of the board. In May 2011, the Metropolitan Flood Management Work Group unanimously approved the Joint Powers Authority Board made up of the same six entities, but this time with seven North Dakota members and two Minnesota members. This board later became the Diversion Authority board. For the first time since the Diversion Project’s inception, North Dakota would have the majority of the board membership.

The Joint Powers Agreement between the six entities also spelled out the voting powers in order to protect the minority power of its members and states involved. For example: a vote in the affirmative by a Minnesota member is needed in order to approve the annual budget and work plan, project alignment, and the hiring and firing of lobbyists and project managers. This provision was added to specifically address future misinterpretation by those who were not as involved when the Diversion Authority Board membership was agreed upon.

It is important for legislators and the public in Minnesota and North Dakota to know how the Diversion Project came to be. Minnesota and North Dakota lawmakers have worked arm in arm for five years to come up with the flood protection plan. In fact, there has not been a vote by a Minnesota board member in opposition to the majority since the inception of the Diversion Authority. There is a long history of cooperation between the two states on the Diversion Project, and continued cooperation will be necessary for many years to complete the Project.