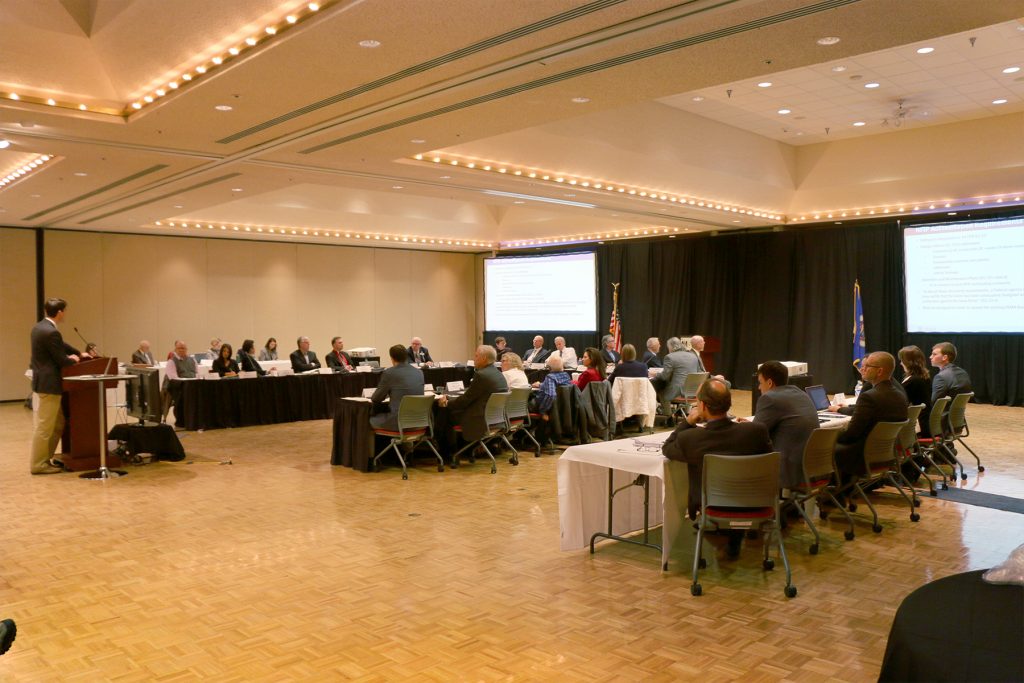 (Dec. 11, 2017) – Leaders of the Diversion Board of Authority today were encouraged following the fifth and final meeting of the Task Force which was formed by North Dakota Gov. Doug Burgum and Minnesota Gov. Mark Dayton to find a solution to permanent flood protection for the Fargo-Moorhead area.

The Task Force was formed in October to review alternatives and find a path forward towards receiving a Minnesota permit and implementing permanent flood protection for Fargo, Moorhead, and the surrounding area at risk.

“Governor Burgum and Governor Dayton need to be commended for their leadership and for forming this Task Force. The path forward that has been established would also not be possible without the commitment to serve made by each Task Force member.” Fargo Mayor and Diversion Authority Chair Tim Mahoney said. “The Diversion Authority will have to carefully review the recommendations made by the Task Force, as we know they will result in impacting more people in rural Cass County, but they also get us closer to a Minnesota permit.”

“A Minnesota permit is needed to resume construction and the recommendations made by the Task Force are a big step towards obtaining that permit,” Moorhead Mayor and Diversion Authority Vice Chair Del Rae Williams said. “There are still several difficult steps in the process ahead of us, but this Task Force shows that when we work together to find common ground, we can find answers.”

“It will be critical that these changes are relayed swiftly and accurately to the general public who is helping fund the Project, but also to those property owners who would now be impacted due to the potential changes,” said Mahoney.