4.2 miles of road to be raised; Four-lane Bypass to be Built for Traffic Flow During Construction

The U.S. Army Corps of Engineers (Corps) has started contracting for construction along Interstate 29 south of Fargo as part of the FM Area Diversion Project. Construction is scheduled to begin Spring 2021. On Tuesday, Oct. 27, 2020, Chief Judge John Tunheim granted the Corps’ request to begin construction, which was made prior to the settlement being reached between the Diversion Authority, BRRWD, Comstock, Wolverton and Richland/Wilkin County JPA.

The order allows for the construction of a temporary bypass lane to the east of Interstate 29. The four-lane bypass will allow traffic to continue to flow while the permanent portion of the interstate is raised. The only disruption to traffic is expected to occur for eight weeks as the project begins and ends.

“This interim order, which will allow the Corps to begin the contracting process immediately with construction underway next spring, allows construction of the Diversion Project to remain on schedule. With agreed upon settlement terms, we expect to ask the Judge to dismiss the rest of the federal case in the very near future. The faster we can move forward with the remaining construction, the sooner we will have reliable flood protection for our community and ensure the mitigation programs are in place for those impacted,” Executive Director Joel Paulsen said.

The Interstate 29 road raise project will raise the road between 5 feet to a maximum of 16 feet in elevation.

Specific aspects of the road raise project include: 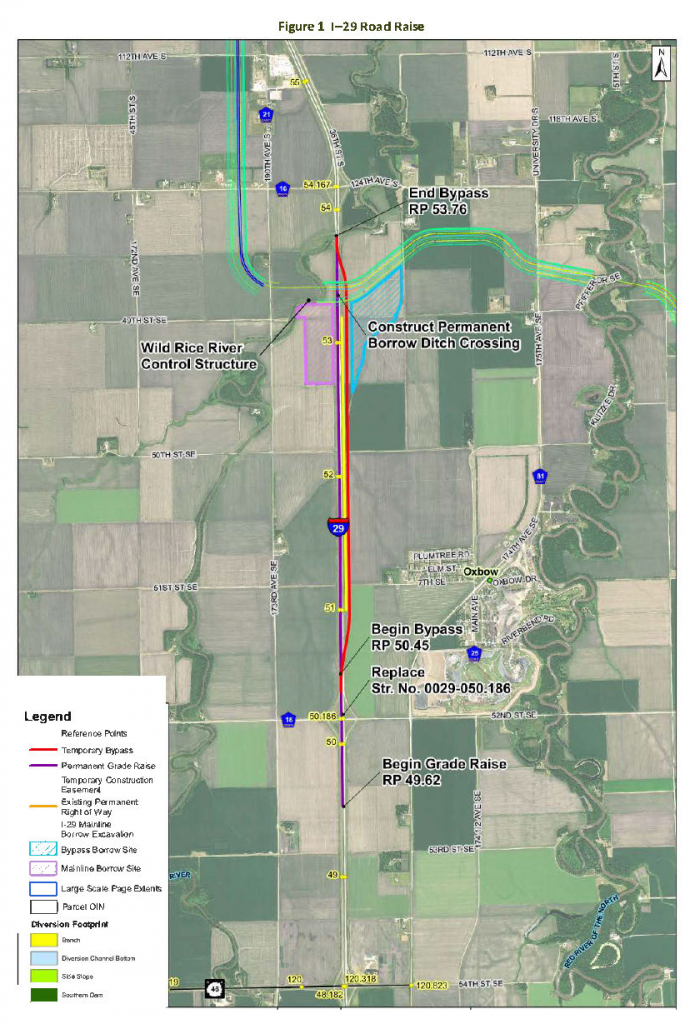