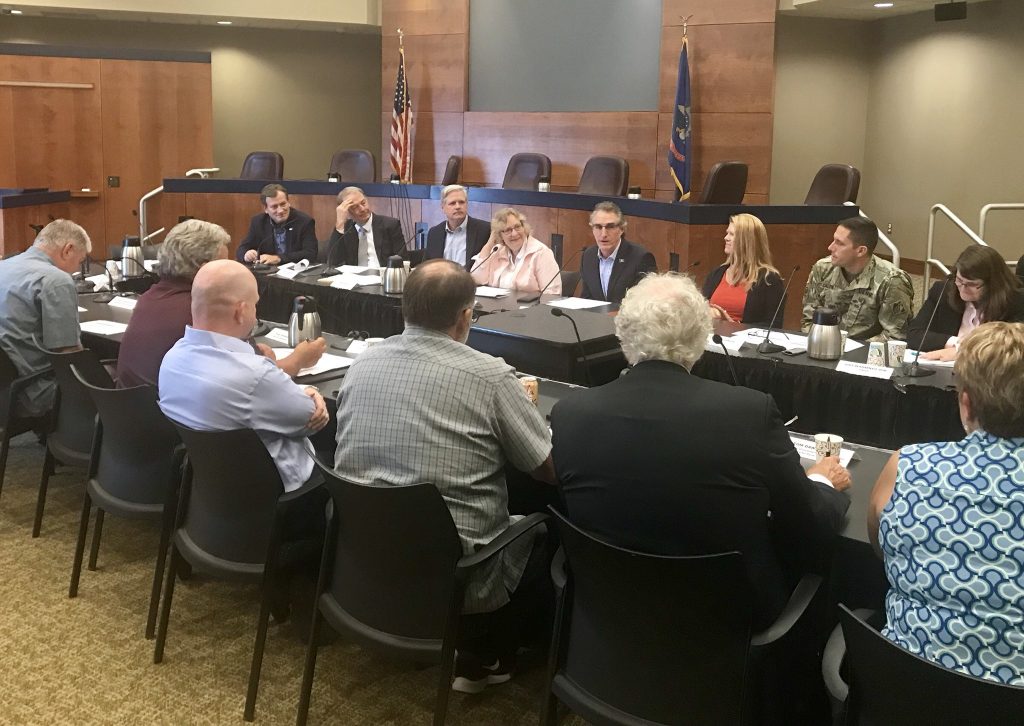 FARGO, N.D. – Senator John Hoeven today convened a roundtable with local leaders from the Fargo-Moorhead region on efforts to advance comprehensive flood protection in the Red River Valley. Hoeven outlined provisions he recently secured to support flood control efforts, including in the Fiscal Year 2019 Energy and Water funding bill, which was passed by the Senate in June, and the America’s Water Infrastructure Act of 2018, also referred to as the Water Resources Development Act (WRDA), which is expected to be considered by the full Senate before Labor Day. Hoeven is working to ensure these two pieces of legislation address the following priorities:

“We are bringing the pieces together that will allow continued progress on building comprehensive flood protection for the Fargo-Moorhead region,” Hoeven said. “Our legislation in the Senate’s water infrastructure bill will help ensure we are ready and able to construct the realigned control structures under the updated flood protection plan. Further, we’ve included provisions both in this bill and the FY2019 funding legislation to support the Army Corps’ implementation of WIFIA and to advance the use of P3 projects, while also increasing the Corps’ construction account. The funding bill is currently in conference committee, and I am hopeful we can pass the Senate’s WRDA bill by Labor Day.”

Hoeven serves as a member of the Senate Energy and Water Appropriations Committee, where he works to ensure the U.S. Army Corps of Engineers has the funding it needs to deliver flood protection to North Dakota’s communities. To this end, the senator included the following priorities in the Fiscal Year 2019 funding legislation: