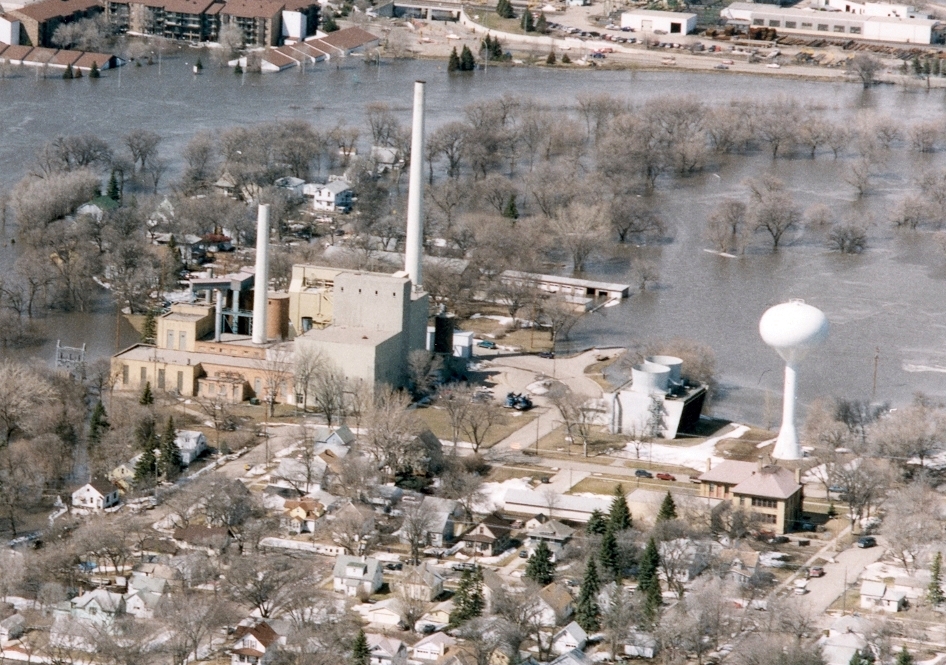 An updated report illustrates how much the workforce of the Fargo-Moorhead area, and surrounding counties, depends on the construction of permanent flood protection.

The Greater Fargo Moorhead Economic Development Corporation (GFMEDC) issued the original version of the report following the devastating flood of 2009, during which the Red River peaked at 40.8 feet in Fargo. The updated GFMEDC report, titled “Regional Economic Impact of Cass County, ND and Clay County, MN”, was presented to the Diversion Project Board of Authority on May 14. The Board oversees the F-M Area Diversion Project, which will establish permanent flood protection measures for the region.

A three-year, $22 million study led by the U.S. Army Corps of Engineers, and also involving local engineering firms, found that a diversion was the only concept that could significantly reduce flood risk in the Fargo and Moorhead area from flood events larger than the 2009 event.

The updated GFMEDC report says the Diversion Project would protect approximately 13,377 people who live in Clay County and are employed on the North Dakota side of the F-M area in Cass County. In other words, 39% of Clay County’s workforce is employed in Cass County.

Here’s a breakdown of the number of residents of other counties who work in Cass County:

Jim Gartin, President of the Greater Fargo Moorhead Economic Development Corporation told the Diversion Authority thousands of jobs and a $15 billion economy are at stake. “More and more companies within our marketplace are stopping and questioning what’s going on. It’s very disconcerting for us and obviously for the industries we represent in the marketplace,” said Gartin.

In the relatively recent flood events of prior years, businesses were negatively affected in many ways: flood damage to facilities or equipment; temporary loss of workers whose homes or property were subject to flood damage, or who felt the duty to assist in the community flood- fighting efforts; temporary disruption to shipments, customers, etc. due to road blockages or detours to accommodate flood-fighting efforts; and the mayor’s request that “non-essential” businesses cease operations during the height of the flood-fighting efforts. After the 2009 flood event, the GFMEDC administered a survey to select primary sector businesses asking the following question:

If this region was devastated by severe flooding, do you anticipate your business would (circle all that apply):

a. Move out of the county
b. Close down completely
c. Lose sales to foreign competitors
d. Lose production to foreign facilities

Of the primary sector business surveyed, seven responded yes to one or more scenarios and were willing to provide detailed financial information. This group included five manufacturers, one life science company and one back office operation.

Diversion Project will Protect the Region

“The diversion’s purpose isn’t to protect a handful of people. It’s to protect a lot of people’s jobs and what has become a $15 billion economy,” said Chad Peterson, Chairman of the Cass County Commission. “One of the FEMA administrators who visited about a month ago said after a catastrophe, your local economy’s return is about 70% of what it was. That’s a best case scenario.”

“Flood protection is not just about homes; it’s also about the economy,” said Darrell Vanyo, Chairman of the Diversion Authority. “I think this dispels the notion that we keep hearing that the line was drawn for one purpose only and that was to have future development. I can’t express enough that the primary importance is flood protection for the economy as well as the people living within this area.”