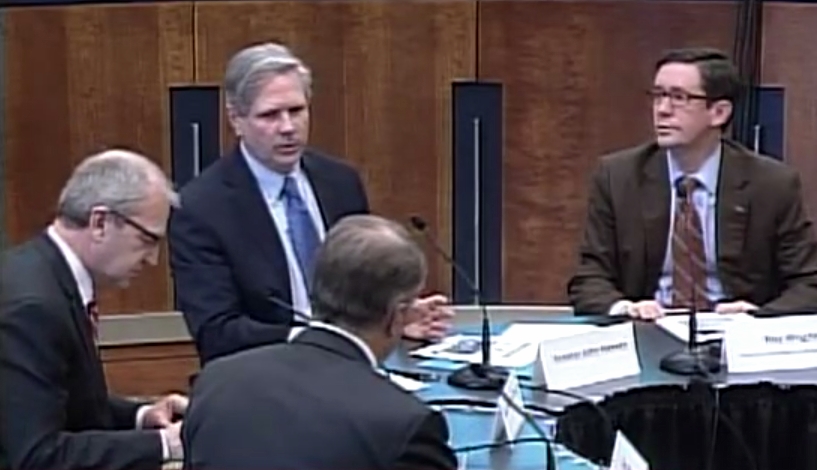 This was no April Fool’s joke. The Federal Emergency Management Agency’s (FEMA) Deputy Associate Administrator for Mitigation, Roy Wright, visited Fargo on April 1 to warn that FEMA has plans to come back to the region in five years and start remapping the 100-year floodplain.

U.S. Senator John Hoeven (R-ND), who invited the FEMA officials to Fargo, called for the meeting. The purpose of the meeting was to make sure that all parties are coordinating between hazard mitigation and the flood protection that is being built. In reviewing the impacts of FEMA’s new flood plain maps on insurance rates and the agency’s future plans for remapping, Hoeven told Wright that residents need assurances FEMA will work with them, so that programs such as hazard mitigation assistance and flood insurance can be as cost-effective as possible. “FEMA flood maps need to reflect the benefits Fargo flood control will bring and keep rates affordable,” said Sen. Hoeven.

“Under our normal sequence, Senator, we would be go back on a five years recurrence,” said Wright during the meeting as he answered a question from Senator Hoeven about when FEMA would remap again. “If I am in a community that we come back five years down the road and they are still talking about a project, I am probably going to change the map then,“ said Wright.

What can be done to prevent the remapping from causing a catastrophic economic situation for the region? Officials were clear. The answer is to start building the FM Area Diversion Project.

The Diversion Authority and the City of Fargo have been in close communication with FEMA in regards to the Diversion Project. FEMA specified that due to all the technical work that has been done on the federally authorized Diversion Project, the floodplain could be changed for the positive in as little as three to nine months after construction is completed.

Mayor Mahoney, who has been actively engaged in meetings in Bismarck and in Washington, said that the goal is to start construction on the Diversion Project in 2016. In agreement, Senator Hoeven said, “If we can bring everything together here and in DC, that’s the plan.”

To view video of the entire meeting with FEMA, click here.