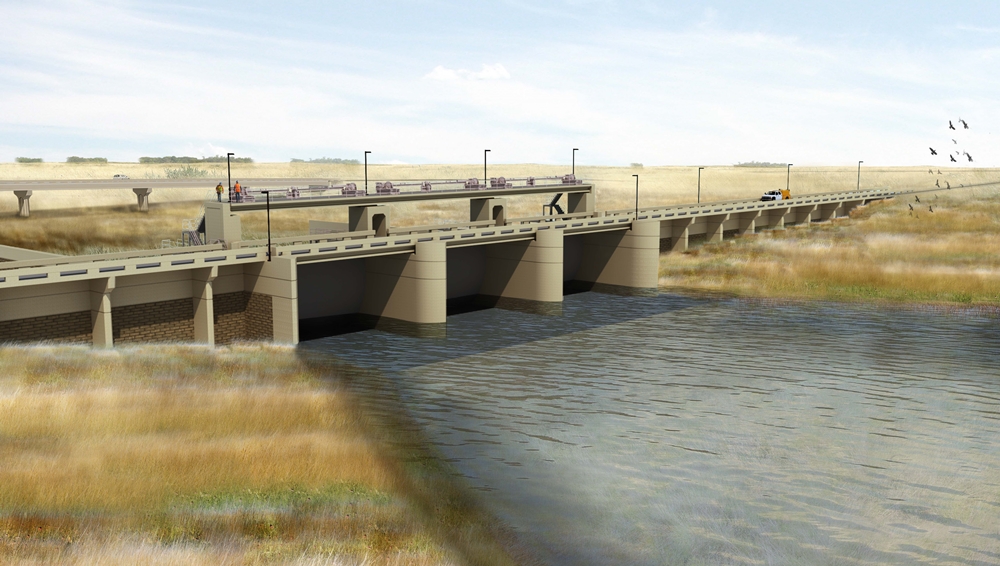 ST. PAUL, Minn. – The U.S. Army Corps of Engineers, St. Paul District, and the Fargo-Moorhead Diversion Board of Authority invite the public to a 1997 Flood Commemoration and Groundbreaking Ceremony at
1 p.m., Monday, April 17.

The ceremony will take place on the 20th anniversary of the day the Red River crested in Fargo and Moorhead during the historic flood of 1997. The event will remember the flood and include a groundbreaking ceremony to mark the start of federal construction for the Fargo-Moorhead Metropolitan Area Flood Risk Management Project (diversion project). Fargo Mayor Tim Mahoney; Moorhead Mayor Del Rae Williams; and Col. Sam Calkins, St. Paul District commander, will officiate at the ceremony. Senators, Congressmen and governors from North Dakota and Minnesota have also been invited to attend.

“For over 20 years, we’ve all experienced the unbelievable stories of heartache and heroism from the floods of 1997 and 2009, along with the impact they have made upon the lives of citizens in Fargo-Moorhead and the surrounding area,” said Mayor Mahoney. “Our people have waited patiently for many years for this moment and now the wait is finally over. We are officially breaking ground on the project that will keep us safe from flooding.”

“As we commemorate fighting the historic flood of 1997, we also realize the flood of 2009 crested even higher in Fargo and Moorhead,” said Calkins. “We’re committed to building a project that prevents catastrophic flooding.”

The event will be outdoors from 1-2 p.m. at the future site of the diversion project’s inlet control structure. The structure will be near the intersection of County Roads 17 and 16 south of Horace, North Dakota. (In the event of inclement weather, the ceremony will be moved to the Fargodome.)

The St. Paul District awarded a $46 million contract on Dec. 6, 2016, to construct the diversion inlet control structure. The Corps’ contractor, Ames Construction, Inc., from Burnsville, Minnesota, began operations at the site in February.