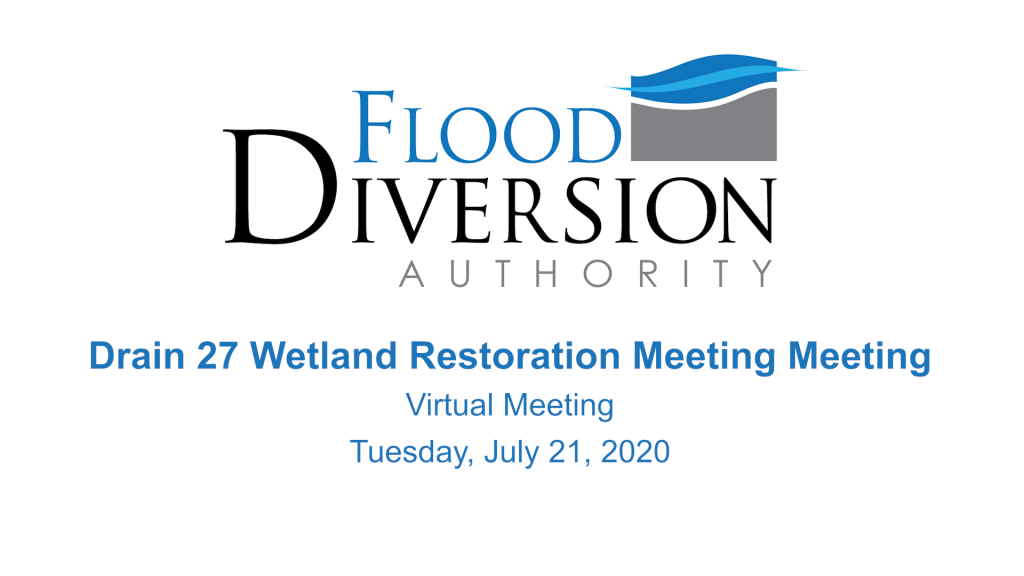 The following is a press release from the U.S. Army Corps of Engineers St. Paul District

Corps staff are proposing to restore 320 acres of farmland to wetland and upland prairie. The project would mitigate unavoidable wetland impacts from the constructing parts of the Fargo-Moorhead Metropolitan Area Flood Risk Management Project. These locations encompass the southern embankment and associated infrastructure which includes the Red River Structure, the Wild Rice River Structure, the Diversion Inlet Structure and the Interstate Highway 29 road raise.

A draft EA describing the project and the environmental impacts in detail is available to the public and can be viewed and downloaded from the St. Paul District website at: www.mvp.usace.army.mil/Home/PublicNotices.aspx.

A virtual public meeting will be held July 21 at 4 p.m. to discuss the project and gather comments. The following link can be used to join the meeting: http://fmdiversion.gov/wetlandsmeeting/. The meeting can also be joined by calling (701) 566-0964 using conference ID 231 948 176.

Questions on the project or comments on the draft EA can also be directed to Derek Ingvalson at (651) 290-5252 or at Derek.S.Ingvalson@usace.army.mil. Please address all formal written correspondence on this project to the St. Paul District, U.S. Army Corps of Engineers, ATTN: Regional Planning and Environment Division North, 180 5th St. E., Suite 700, St. Paul, MN 55101. All comments must be submitted no later than Aug. 3.

ABOUT US: The nearly 700 U.S. Army Corps of Engineers, St. Paul District, employees working at more than 40 sites in five upper-Midwest states serve the American public in the areas of environmental enhancement, navigation, flood damage reduction, water and wetlands regulation, recreation sites and disaster response. Through the St. Paul District Fiscal Year 2019 $144 million budget, nearly 2,200 non-Corps jobs were added to the regional economy as well as $221 million to the national economy. Learn more at www.mvp.usace.army.mil or visit our social media sites at: