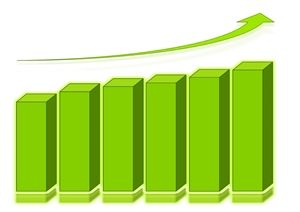 The Fargo-Moorhead Area Diversion Project would not only bring long-term flood risk management; it would also bring economic benefits by protecting what has become one of this area’s largest economic centers: the Fargo-Moorhead area. The Diversion Project would foster a higher amount of economic growth in the region than what would occur without the Project, and could lead to the creation of thousands of new jobs.

A three-year study led by the Corps of Engineers, and also involving local engineering firms and engineering staff from local entities, found that a diversion is the only concept that could significantly reduce flood risk in the Fargo-Moorhead area from flood events larger than the 2009 flood. Without effective flood protection provided by the Diversion Project, the metropolitan region will continue to be subject to flooding and will need to rely on emergency responses to ensure the safety of the community.

These emergency efforts could eventually be overwhelmed, and the area could experience a disaster similar to the 1997 flood in Grand Forks and East Grand Forks. A disaster of that magnitude would cause unprecedented damage and would impact the entire state and region. Annual damages due to floods are estimated at $194.8 million.

In its Final Feasibility Report and Environmental Impact Statement, dated July, 2011, the Corps of Engineers outlined economic probabilities for the F-M area both with the Diversion Project, and without the Project. The full report is found in the Corps’ Appendix C, and may be downloaded from the fmdiverson.com Library at this link.

On pages 73 and 74, the report details the following: “If no flood diversion project is completed in the region, businesses may leave the Fargo-Moorhead area, be reluctant to expand, or refuse to locate in the area due to concerns over potential flood damages. Additionally, individuals will be reluctant to remain or move to the Fargo-Moorhead area, further dampening economic growth in the region.”

For the conservative case, the growth rate for the Without-Project alternative is estimated to be equal to the first quartile annual average growth rate from 2001-2008 for all Metropolitan Statistical Areas (MSAs) in the United States.

For the moderate case, the growth rate for the Without-Project alternative is estimated to be equal to the median annual average growth rate from 2001-2008 for all MSAs in the United States.

According to the report, if the Diversion Project is completed, businesses would be more confident and more likely to remain and expand in the area. The recent economic growth in the region may be spurred on further as other firms choose to locate in the Fargo-Moorhead area.

For the conservative case, the growth rate for the With-Project alternative is assumed is equal to the third quartile annual average growth rate from 2001-2008 for all MSAs in the United States.

The completed Regional Economic Development (RED) Account found in Appendix C is intended to illustrate the effects that the Diversion would have on regional economic activity, specifically regional income and regional employment. The analysis found the plan titled “North Dakota East 35K cfs”, the one most similar to the Federally Recommended Plan now being considered, would lead to a positive change in annual econo