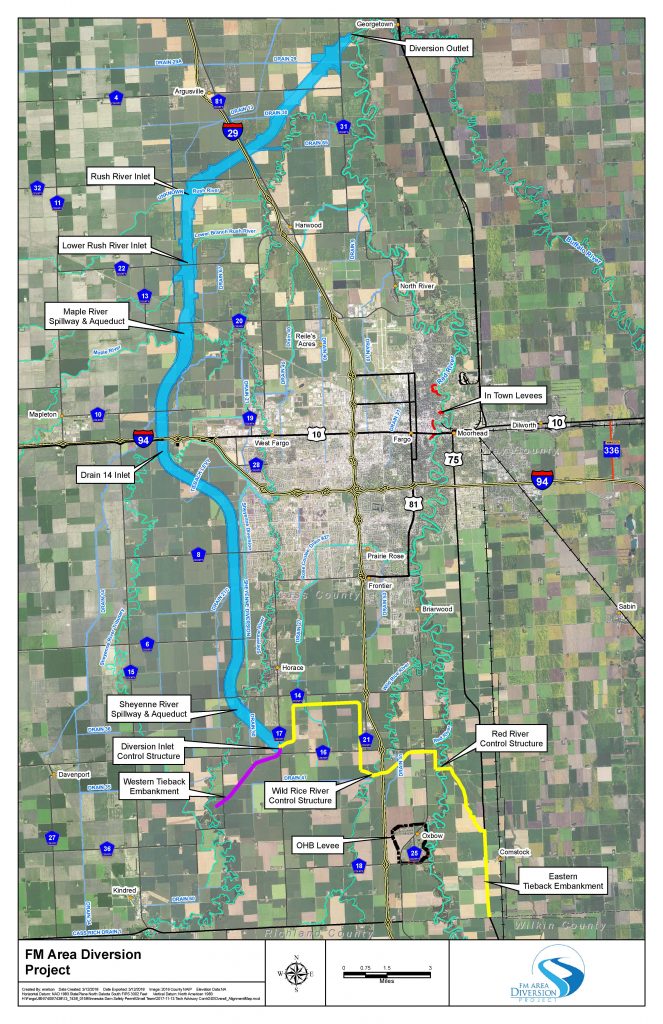 The Diversion Board of Authority today voted to accept all recommendations from the Task Force formed by Governor Dayton and Governor Burgum and officially submit a new permit application to the Minnesota Department of Natural Resources (MDNR).
“It is time for the Diversion Authority to make this official.” said Board Chair and Mayor of Moorhead Del Rae Williams. “We are looking forward to working with the DNR over the next several months through an iterative and detailed review of the permit application.”

Allowing an additional 2-feet of water through Fargo-Moorhead during a 100-year flood.

Incorporating a tie-back levee in Minnesota on the east side of the southern embankment.

Changing the location of the Southern Embankment

The Plan B changes result in: