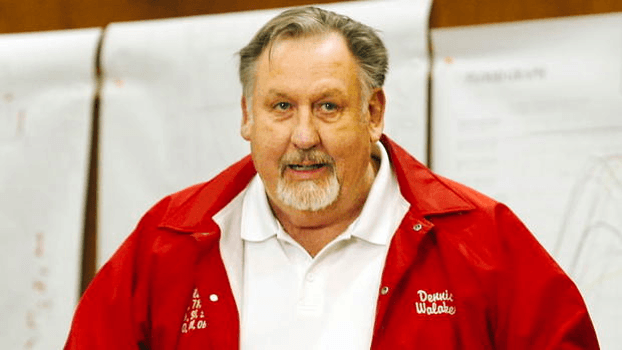 Members of the Flood Diversion Board of Authority began their December meeting by approving a Resolution honoring the memory of Fargo’s chief flood fighter. Dennis Walaker, Mayor of Fargo and Diversion Authority member, passed away on December 2 after a battle with cancer. He was 73.

Mayor Walaker devoted several decades to protecting the City of Fargo against flooding.

“Obviously, with the loss to the City of Mayor Walaker, who was also a vital member of this board, we want to take the time to pay due respects to a man who certainly had many years with Fargo,” Darrel Vanyo, Chairman of the Diversion Authority, told members who gathered for the Board’s official meeting on December 11.

WHEREAS Dennis Walaker, The Honorable Mayor of the City of Fargo who first took office on June 28, 2006, was a man who fought tirelessly and continuously to protect the City from flooding; and

WHEREAS Mayor Walaker waged repeated, epic battles against the frigid floodwaters of the Red River of the North; and

WHEREAS Mayor Walaker mobilized tens of thousands of volunteers over and over to sandbag along the banks of the flood-prone river and spare the low-lying city from rising water; and

WHEREAS Mayor Walaker would model calm and reassurance to the people of his City and its workers, no matter the extent of the flood threat; and

WHERAS Mayor Walaker dedicated four decades of his life serving the City of Fargo, first as a Civil Engineer, then as Public Works Director, before being elected as Mayor; and

WHERAS Mayor Walaker was a champion for the F-M Area Diversion Project and recognized the Project’s necessity;

NOW BE IT THEREFORE RESOLVED that we, the members of this body, the Flood Diversion Board of Authority, officially recognize Mayor Dennis Walaker’s countless efforts and contributions to establish effective and permanent flood protection for the Fargo-Moorhead area; and that we will continue to work to plan, design and manage a Diversion Project which will put to an end the kind of recurring emergency responses that Mayor Walaker tirelessly coordinated and directed, despite overwhelming odds.