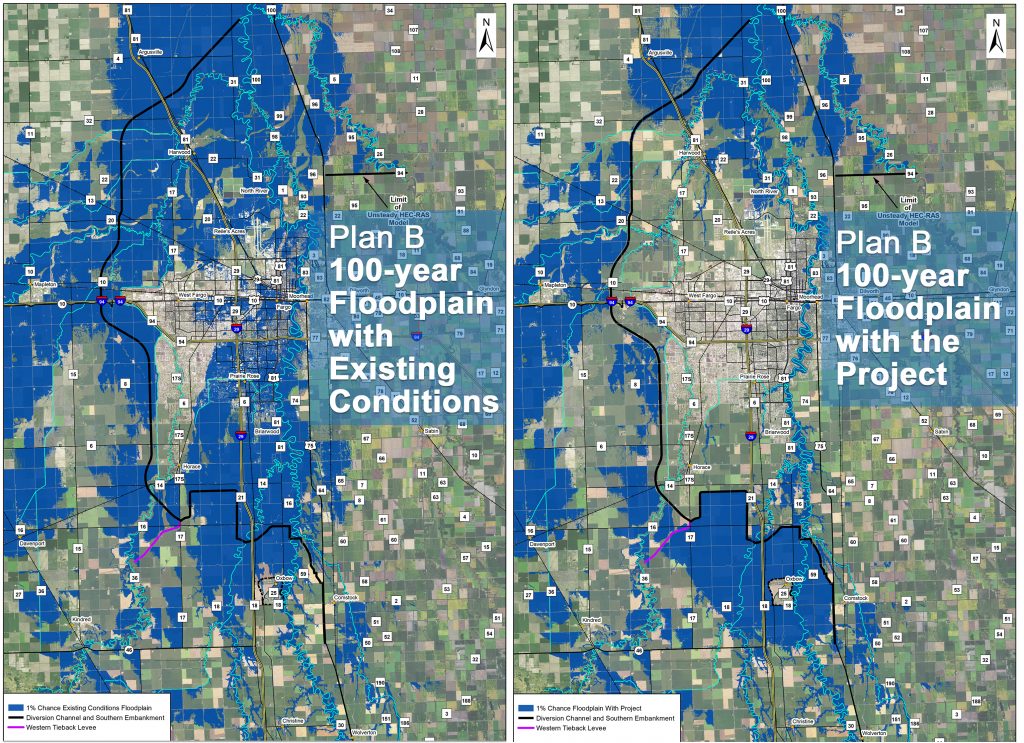 The Diversion Board of Authority today announced it will be submitting a new permit application to the Minnesota Department of Natural Resources (MDNR).

“We are ready to submit to the DNR a new proposal for a comprehensive flood protection for our region.” said Board Chair and Mayor of Moorhead Del Rae Williams. The project outlined in the new permit application incorporates all the changes recommended by the Task Force formed by Governor Dayton and Governor Burgum.

“This project and permit application were not developed in a vacuum. Thanks is due to the thousands of individuals who have taken part in public meetings, public comment periods, individual meetings, phone calls, emails, to the Governors’ Task Force, and yes even to the legal court system. All of this feedback is essential to the process,” Board Chair and Moorhead Mayor Del Rae Williams said. “Our main goal is flood protection for the Fargo and Moorhead region.”

Allowing an additional 2-feet of water through Fargo-Moorhead during a 100-year flood.

Incorporating a tie-back levee in Minnesota on the east side of the southern embankment.

Changing the location of the Southern Embankment

The changes result in:

“There will still be impacts from the project, but the impacts upstream are considerably less and will happen less frequently with the new proposal,” Williams said. “We have also made strides on the process to identify the proper compensation for those areas where sacrifices are still being made and expect to have more results later this year from an ongoing study on Flowage Easements.”Representatives from the Diversion Authority will be presenting the updated project to various cities, counties, townships, and watershed districts in the upcoming days and weeks.

“We want people to have the chance to hear first-hand about the changes and ask questions,” Williams said.
For more information on the proposal, to see the list of upcoming presentations, or to view an interactive map visit our Maps page.