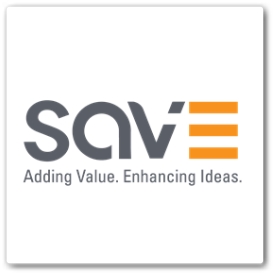 The U.S. Army Corps of Engineers, St. Paul District, received the Outstanding Value Methodology in Government Award sponsored by SAVE International during the SAVE Value Summit in Arlington, VA, on June 26, 2013.

This award recognizes the Fargo, N.D. / Moorhead, Minn., Metropolitan Area Flood Risk Management Project for outstanding use of the value engineering methodology, which resulted in cost savings to the project of $270 million and a return on investment ration of 740:1.

The team was also recently recognized as the recipient of the Department of Defense Value Engineering Award in the “project” category.

The project involves a 35-mile long diversion channel located in North Dakota that will divert flood waters around the Fargo / Moorhead area. The project will have the ability to temporarily store up to 150,000 acre-feet of floodwater upstream of the diversion channel inlet to minimize impacts to downstream communities.

This award nomination included three value engineering studies and two value-based design charrettes. There were nearly 100 participants and facilitators involved in the success of these studies and they include local sponsors, consultants and Corps personnel.

“I am pleased to endorse the nomination,” said April Walker, city engineer for Fargo. “Because of the successful implementation of value management, the design team considered long-term operations and maintenance during design rather than incorporating it as an afterthought.”