The Corps of Engineers is continuing design work on Outlet/Reach 1 with the development of a Preliminary Engineering Report (PER). The PER documents the design of the diversion channel and associated features at 35% completeness. The PER will be used as a template for all future reaches. The next milestone is preparation of the 65% Plans and Specifications, due in June 2012.

On May 1st and 2nd, the St. Paul District and local sponsor’s hosted the Corps Regional Design Teams for reaches 2, 4, 5, and 7 in Fargo. A map detailing the design reaches is shown here.

The Regional Design Teams and the local sponsors were able to meet face to face to discuss the project as well as tour the proposed project site.

The Regional Design Teams will continue work on their respective reaches throughout the year into next, and each team will develop a PER using the Reach 1 PER as a guide. These Regional Teams are from the Rock Island, St. Louis, Vicksburg, and Memphis Districts within the Mississippi Valley Division, Corps of Engineers.

Mitigation design efforts for the project are also underway. The Mitigation Design Team is currently working on the PER for the Drayton Dam Fish Passage Mitigation Project, which includes installation of a rock ramp riffled fish passage near the existing dam and removal of the existing dam. This mitigation effort is outlined in section 5.5.2, Mitigation Measures, of the Final Feasibility Report and Environmental Impact Statement.

The Corps is continuing to analyze the embankments on the southern extent of the project to determine if the embankments should be built based on levee or dam criteria. This analysis will be completed later this summer. 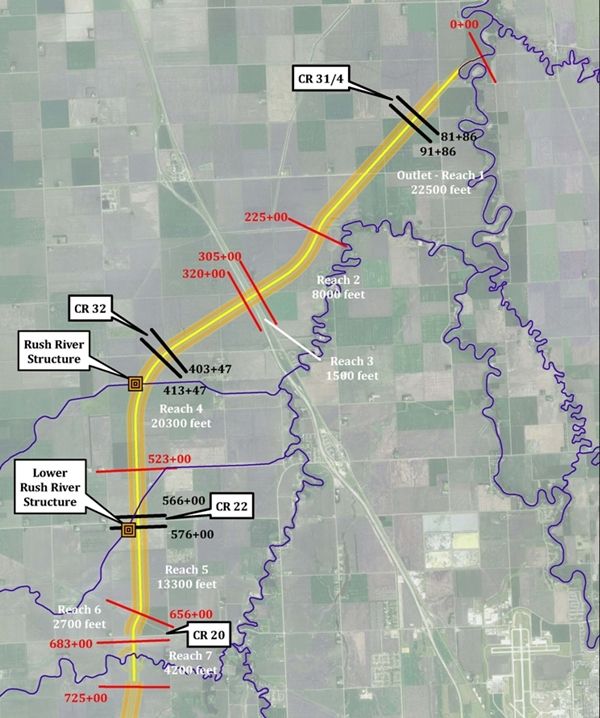