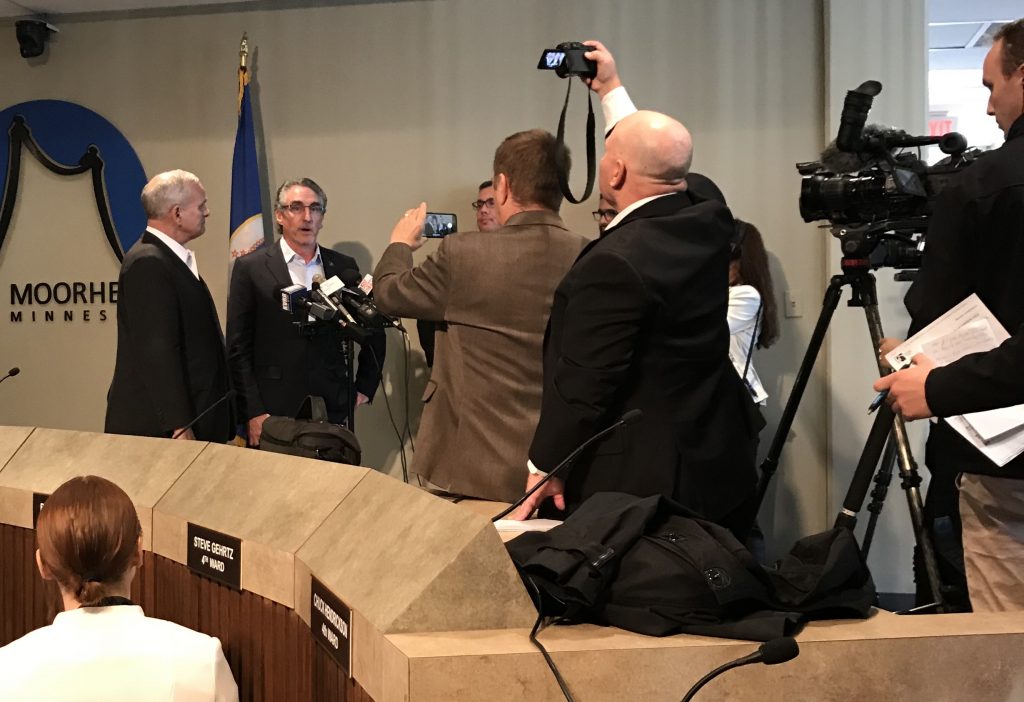 “We’re committed to finding common ground with Minnesota to advance the diversion project and secure long-term flood protection for the entire metro area, and today’s constructive dialogue with Gov. Dayton moved us closer to that goal,” Burgum said. “It’s essential that we overcome our differences and reach consensus on this project in a timely fashion to avoid having to return to the drawing board and burden taxpayers with years of costly delays while leaving the public vulnerable to catastrophic flooding.”

After a private lunch meeting, Burgum and Dayton met for one hour at Moorhead City Hall with DNR Commissioner Tom Landwehr and staff from the DNR and both governors’ offices. Gov. Burgum reiterated his desire to obtain a DNR permit through modifications to the existing project that satisfy the DNR’s concerns and mitigate issues raised by upstream landowners in Richland County, N.D., and Wilkin County, Minn., as opposed to starting over on a new project and reapplying for federal authorization, which the current project has received.

Construction on the $2.2 billion diversion project began last spring. U.S. District Court Judge John A. Tunheim approved a temporary injunction on Sept. 7, ordering work to stop. The ruling recognized the need for permanent flood protection for Fargo-Moorhead and strongly encouraged all parties to work together to agree on a project that can serve the interests of both states and the affected communities.